Ketogenic Nutrition Science | Keto-Mastery with HPN
Skip to main content
Sign up now Free Preview
Keto has become one of the most popular diets on the planet!
BUT there is a lot of misinformation.
Many people are unsure of what a ketogenic diet actually is, for whom it’s best suited, and how to apply it.

Cliff Harvey PhD is considered a leader in the field of ketogenic diets. He has been prescribing and using keto-diets for over two decades and brings a unique perspective to keto as one of the few people who has used a keto diet as a world champion athlete, someone who deals with the effects of several health conditions in his own daily life (including Crohn’s disease) AND who has applied various types of keto diets with thousands of clients from all walks of life.
Oh yeah, and he also did his master’s and Doctoral research specifically in ketogenic diets!
In fact, Cliff and his team published the first research that directly quantified the phenomenon known as ‘keto-flu’, along with the very first studies on the lived experience of people following a keto diet, AND the first head-to-head comparison of three different types of low carb/keto diets… Suffice to say, he knows his stuff.
Sign up now 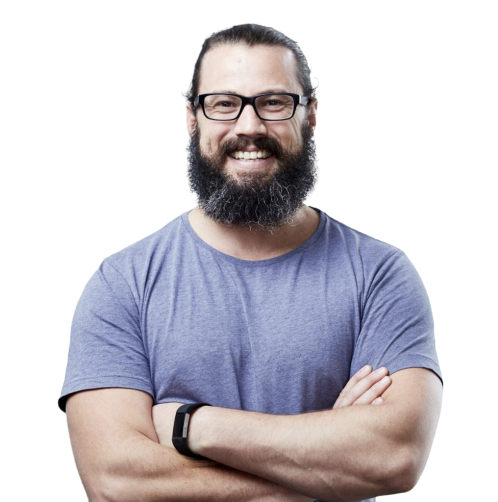 Cliff Harvey PhD, DipFit, DipNat, is a nutritionist, naturopath, author, life and purpose coach, and researcher.
In over two decades of practice he has helped thousands of people to achieve their goals, from those who are chronically and acutely unwell, through to elite-level athletes, and ‘elite-attitude’ business people and entrepreneurs.
He is an active researcher and is known for performing foundational research on keto-flu, ketogenic supplements, and 'carbohydrate tolerance' between individuals.
Cliff is a best-selling author of several books and is a former world champion strength athlete, and competitive submission wrestler.

I found this course really informative and relevant. It was a well constructed easy to follow course broken down into manageable chunks. The online live Q&...

I found this course really informative and relevant. It was a well constructed easy to follow course broken down into manageable chunks. The online live Q&A sessions rounded the modules off nicely and allowed time to ask any questions. You are also made to feel 100% supported throughout. Highly recommend :)

The Keto-Mastery course exceeded expectations in many ways. Dr Cliff Harvey is an excellent, knowledgeable presenter and I think the level of content was app...

The Keto-Mastery course exceeded expectations in many ways. Dr Cliff Harvey is an excellent, knowledgeable presenter and I think the level of content was appropriate for both a beginner like me and active practitioners. I have already recommended this course to my colleagues who are promoting ketogenic diets, based on clinical results, to support with evidence based research. The supplementary tools, research, quizzes and final exam supported the lectures beautifully.